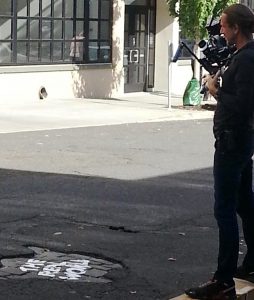 On the edge of the Pearl district a group of cinematographers filmed the intro of MTVs Real World. The print world had a REAL interesting year. What was real about it?

A year companies used green washing methods, such as save paper, don’t print, suggesting computers were more environmentally friendly than paper. Not true!

Taking a magazine out of print, is virtually taking it out of circulation. Only 11% readers are a digital-only audience. Not a lot of advertisers are looking for a publication (print or digital) that is absent readers.

The printing industry has a history of continuously working on ways to improve its product and reduce its environmental impact. People of all ages enjoy reading the printed version. Print is art. Cutting the print industry out of your magazines is cutting jobs out of the Real World. It’s okay to unplug and relax.